Get fresh music recommendations delivered to your inbox every Friday.
We've updated our Terms of Use. You can review the changes here.

The Fat Man and Baby Boy 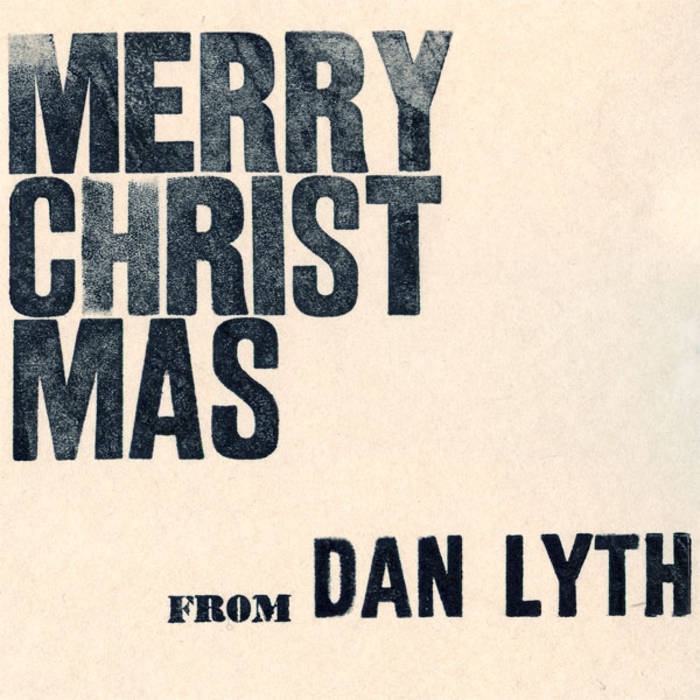 C is for contradictions, colour and Christmas
(by Craig Rennie)

Christmas is a lot of different things to a lot of different people. It’s the sacred and the profane. It’s a time to be together and a time to be lonely. It’s lavish, humbling, inconvenient, inspiring and a bunch of other words from the thesaurus all at once. It’s an empty seat at a table that was once full, and a new face in a family meeting for another year as if it was the first time.

It starts off with a plot – a plot some say you couldn’t make up. Others disagree. There’s a power-crazed king with mass murder in mind, a pregnant virgin, singing shepherds and wise men winding a cross-country path in the pull of an interstellar sat nav system. Sometimes it ends with boxes under a tree. Sometimes it ends kind of like it started, minus the murder but with most of the magic.

There’s a lot to say about Christmas, perhaps even more to sing about it. On The Fat Man and Baby Boy, that’s exactly what Dan Lyth does. Maybe This Baby Could Save us All! begins with a tale of a trip to the garden centre that turns sour courtesy of Aunty Carol’s steely-minded determination to find a tree deserving of a place in the front window. With brawling in Primark, exotic animals taking centre stage in the Nativity and online orders nowhere to be seen, is it conceivable that the chaos could be brought to order by an oft-overlooked infant?

If the zoological authenticity of the school play troubles you little, you might find resonance in the tragic tale of an honest soul whose Christmas gift budget turns out to be three times less than that of his significant other. She Spent Thirty weighs up financial outgoings and internal yearnings – raising more questions than it answers over a snappy beat that might just inspire you to flee congested shopping centres with invigorating abandon.

There are tales of yore on offer too. Dan awakens his inner Etruscan with a smattering of Latin in The Boar’s Head Carol, praise and panic intermingle in Mary, I Was Wrong as the holy family lose their way and engage in some self examination en route to Bethlehem, and old favourite Joy To The World skips along to a new tempo that reanimates a beating heart too often concealed beneath the robes of wide-mouthed choristers.

That’s Christmas past and Christmas present covered – but what of the future? Futuristic Chrismalistic takes us underground as our offspring dissect tales of yesteryear’s festivities by dull lamp light. With 300 years worth of computer data gone, all that remains is myths of indoor foliage, odd foodstuffs, an obese philanthropist and a mysterious infant. Will Bing Crosby’s widescreen snowscape melt into the shadows? Is there a glinting scrap of tinsel buried beneath the grime? And was the forgotten historical custom in question ever really about the external anyway?

Dan’s take on Christmas spans centuries, revels in intricacies, gawps at grandiosity and excavates the everyday with a wide-eyed wisdom that money could never buy. Like the moment you shake off your concerns over a festive flu and collapse wholeheartedly into a thick blanket of snow, listening to The Fat Man and Baby Boy is a surprising, refreshing and satisfying sensation that will linger long in the memory.

This is Christmas in all its colours, and whether your seasonal spectrum explodes with reds and greens or takes on a more muted palette, music this lovingly created will always be a gift.